Anxiety in the elderly is commonplace. Doctors had long assumed anxiety disorders declined as people aged; however, recent research points to elderly people feeling anxiety as equally as younger people. Older adults are less likely to report psychiatric symptoms and instead complain about physical ones. 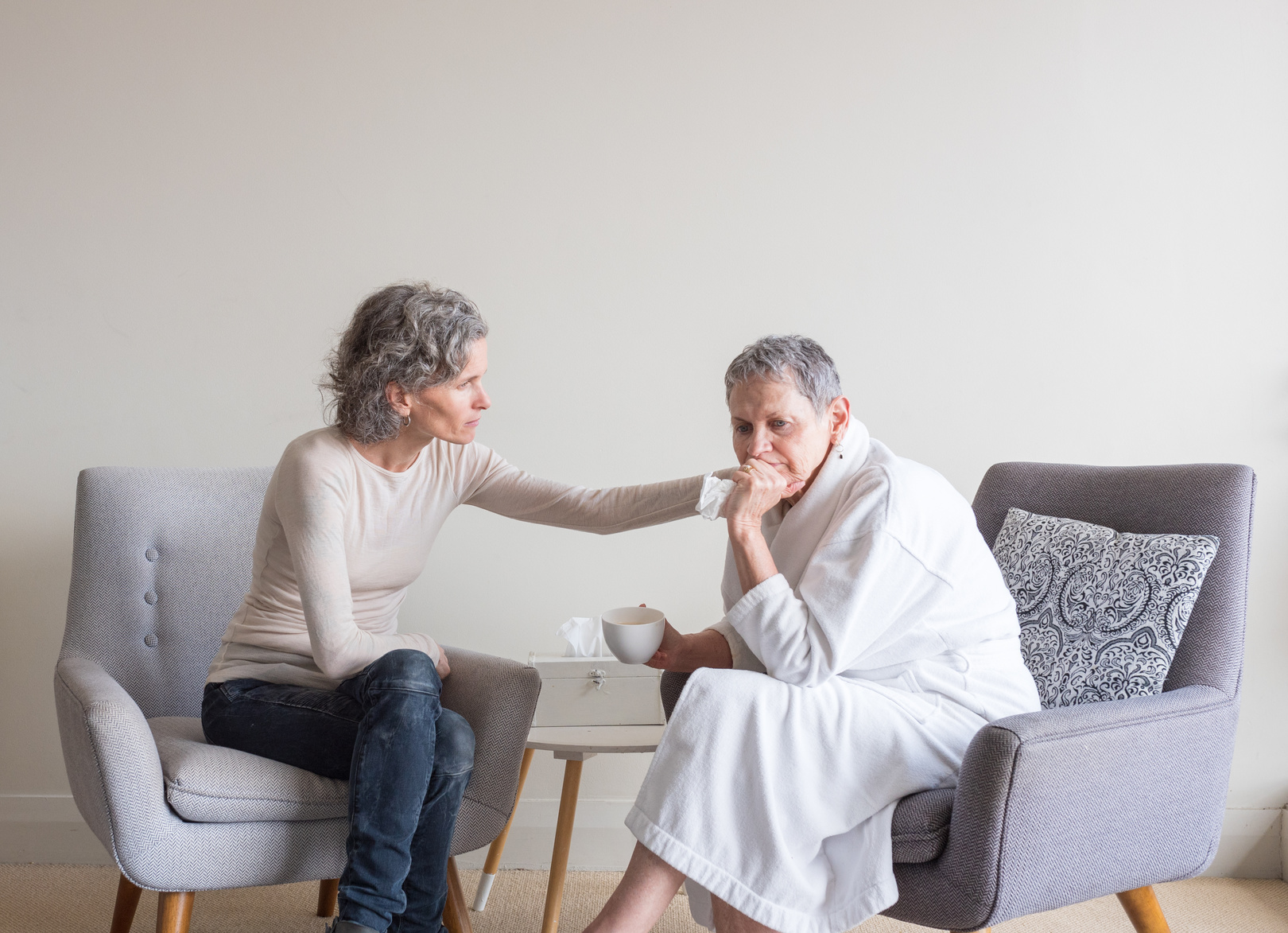 While a certain level of anxiety is normal and may be productive, excessive bouts of anxiety lead to disruptions in an aging person’s life—making it a matter of medical concern. As a psychiatric condition, unhealthy anxiety is predominant among the aging population.

Older people have an increased likelihood of experiencing anxiety due to age-related circumstances:

Genetic predisposition is a major risk factor, and seniors who have a family history of anxiety are more likely to experience the condition. It is important to note that anxiety is caused by a biochemical imbalance in the brain and is not a result of inherent weakness.

Certain clinical features allow major anxiety disorders to be separated into three distinct categories: The first category, worry and distress disorders, include GAD, PTSD and acute stress disorder. Fear disorders make up the second category and include panic disorders and phobias. The third category is OCD.

Generalized anxiety disorder is a severe type of anxiety. Its symptoms contribute to the increased risk of physical disability, memory issues and an overall lower quality of life. As a consequence of these factors, seniors with GAD also have an increased risk of death.

A diagnosis may be made if the aging patient experiences constant worry on most days of the week for at least six months. Medication is less helpful to seniors, as they are prone to unpleasant side effects. Instead, cognitive behavioral therapy is known to be an effective remedy.

PTSD can emerge or re-emerge later in life in both aging veterans and non-veterans. Older adults may cope with early traumas less effectively. Further stresses common to aging people include retirement, serious medical issues and the loss of important sensory capabilities.

Additional common scenarios that contribute to PTSD in seniors include the passing of friends and family, minimal social support, loss of income and cognitive decline. Older individuals who lose independent functioning due to health issues also have a high risk factor for developing PTSD.

Cognitive behavioral therapy is the preferred treatment for PTSD symptoms. Therapists evoke painful memories until the distress associated with the memories fade. However, some research questions the efficacy of CBT in older patients, since they may lack the cognitive capacity for such interventions. 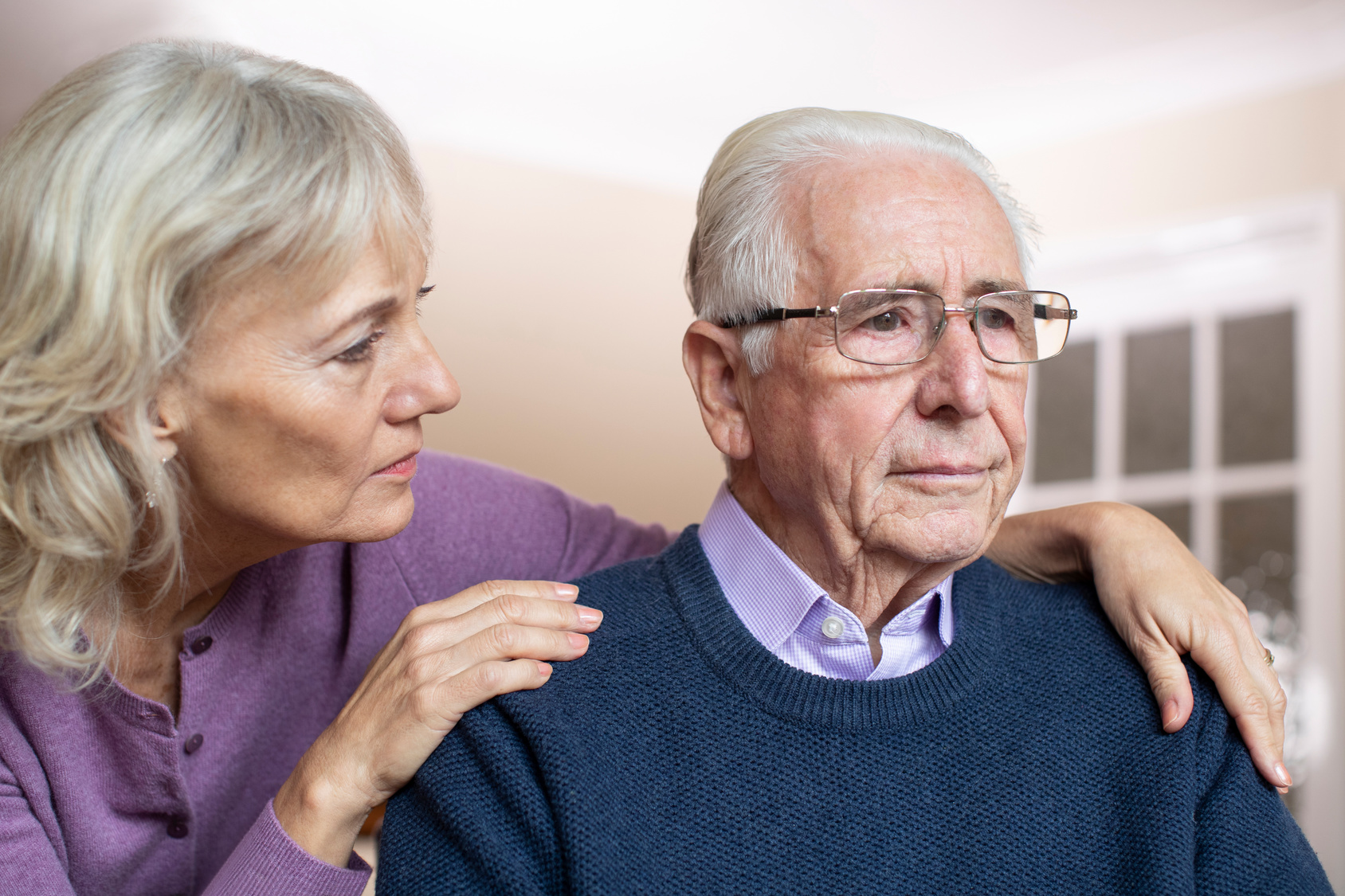 Seniors who are traumatized after witnessing or experiencing a distressing event, such as the death of a loved one, may suffer from acute stress disorder (ASD). ASD symptoms include recurring memories of the event that last three days but no more than four weeks (anything longer would be PTSD).

Treatments for ASD include cognitive behavioral therapies. Early intervention will prevent PTSD from developing. Offering empathy by listening to sufferers describe their emotional reactions to the painful event is helpful. Hypnotherapy and medications to aid sleep are also effective treatments.

Phobias are extremely common in the aging population. Fear of spiders is the most common fear in those over 65, followed by fear of animals (such as cats and dogs), blood and injury, heights, enclosed spaces and other specific fears. Treatment for seniors with phobias is currently limited.

Having begun in early adulthood, symptoms of obsessive-compulsive disorder (OCD) worsen with age. Stressful events may trigger OCD symptoms, such as thoughts about harm and other upsetting images, ideas and impulses. Sufferers may engage in rituals, like praying or hand washing, for temporary relief.

People with OCD resort to rituals, which disrupt daily life. Instead, exposure therapy and ritual prevention are beneficial to seniors who live with OCD. Therapeutic sessions are designed to weaken the link between distressing thoughts or objects and the behaviors intended to neutralize them.

When your aging loved one lives with an anxiety disorder, daily life can be a series of ups and downs. As mentioned, treatments for many anxiety symptoms include therapy and medications. At Assisting Hands, we’ll ensure your loved one receives the treatment needed to reduce anxiety symptoms.

Get Help from Home Care Professionals

Assisting Hands’ professional caregivers will provide safe and dependable transportation to your loved one’s regular therapy sessions. If the older adult’s physician prescribes medications, our caregivers will dutifully remind the senior to take the prescribed pills and dosage on schedule.

Our efficient non-medical home care also includes assistance with the activities of daily living, such as discreet help with bathing and dressing. Compassionate caregivers prepare nutritious meals, help with light household chores and prevent falls by ensuring the home environment is safe.

Some anxieties may be a result of having Alzheimer’s disease. Caregivers at Assisting Hands are skilled in Alzheimer’s and memory care. We are trained to identify symptoms of dementia, such as uncharacteristic outbursts and agitation, and use gentle techniques to calm the individual.

Get a Free Consultation

Families and their aging loved ones residing in the surrounding communities of Park Ridge, Illinois, are encouraged to contact Assisting Hands for dedicated home care services.

How to Stimulate Appetite...

Happy Holidays from the Team

HOW TO PAY FOR HOME CARE - Free Guide Download